Spring is here, let there be trees!

Trees around a house not only add natural beauty but also increase energy efficiency. Deciduous trees to the south of a house let sunlight shine into the house through south-facing windows in the winter while blocking sunlight in the summer, thus providing a simple but effective solution that attains both passive heating and passive cooling using the trees' shedding cycles. Trees to the west and east of a house can also create significant shading to help keep the house cool in the summer. All together, a well-planed landscape can reduce the temperature of a house in a hot day by up to 20°C.

With the latest version of Energy3D, students can add trees in designs. As shown in the second image in this blog post, the Solar Irradiation Simulator in Energy3D can visualize how trees shade the house and provide passive cooling in the summer.

The Solar Irradiation Simulator also provides numeric results to help students make design decisions. The calculated data show that the tree to the south of the house is able to reduce the sunlight shined through the window on the first floor that is closest to it by almost 90%. Students can do this easily by adding and removing the tree, re-run the simulation, and then compare the numbers. They will be able to add trees of different heights and types (deciduous or evergreen). There will be a lot of design variables that students can choose and test.

A design challenge is to combine windows, solar panels, and trees to reduce the yearly cost of a building to nearly zero or even negative (meaning that the owner of the house actually makes money by giving unused energy produced by the solar panels to the utility company). This is no longer just a possibility -- it has been a reality, even in a northern state like Massachusetts!
Posted by Charles Xie at 7:23 PM No comments:

Learning analytics is the "crystallography" for educational research

To celebrate 100 years of dazzling history of crystallography, the year of 2014 has been declared by UNESCO as the International Year of Crystallography. To this date, 29 Nobel Prizes have been awarded to scientific achievements related to crystallography. On March 7th, the Science Magazine honored crystallographers with a special issue.

Why is crystallography such a big deal? Because it enables scientists to "see" atoms and molecules and discover the molecular structures of substances. One of the most famous examples is the discovery of the DNA helix by Rosalind Franklin in 1952, followed by Crick, Watson, and Wilkins' double helix model. Enough ink has been spilled on the importance of this discovery.

Science fundamentally relies on techniques such as crystallography for detecting and visualizing invisible things. Educational research needs this kind of techniques, too, to decode students' minds that are opaque to researchers. Up to this point, educational researchers depend on methods such as pre/post-tests, observations, and interviews. But these traditional methods are either insufficient or inefficient for measuring learning in complex processes such as scientific inquiry and engineering design. To achieve a level of truly "no child left behind," we will need to develop a research technique that can monitor every student for every minute in the classroom. 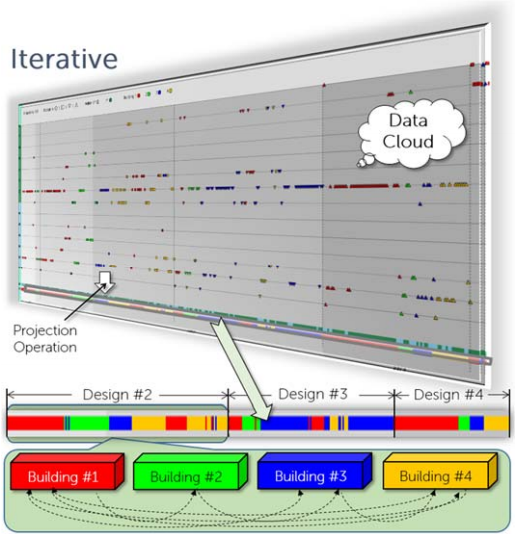 Such a technique has to be based on an integrated informatics system that can engage students with meaningful learning tasks, tease out what are in their minds, and capture every bit of information that may be indicative of learning. This involves development in all areas of learning sciences, including technology, curriculum, pedagogy, and assessment. Eventually, what we have is a comprehensive set of data through which we will sift to find patterns of learning or evaluate the effectiveness of an intervention.

The whole process is not unlike crystallography. At the end, it is the learning analytics that concludes the research. Today we are seeing a lot of learner data, but we probably have no idea what they actually mean. We can either say there is no significance in those data and shrug off, or we can try to figure out the right kind of data analytics to decipher them. Which attitude to choose probably depends on which universe we live in. But the history of crystallography can give us a clue. It was Max von Laue who created the first X-ray diffraction pattern in 1912. He couldn't interpret it, however. It wasn't until William Henry Bragg and William Lawrence Bragg's groundbreaking work later in the same year that scientists became able to infer molecular structures from those patterns. In educational research, the equivalent of this is the learning analytics -- a critical piece that will give data meaning.

For more information, read my new article "Visualizing Student Learning."
Posted by Charles Xie at 10:34 AM No comments: