A partnership with HOBOS 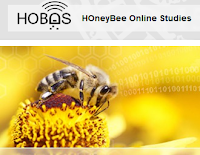 We are honored to announce a partnership with the HOney Bee Online Studies (HOBOS) Program, directed by Prof. Dr. Jürgen Tautz at Universität Würzburg, Germany, to promote science education through the application of IR imaging technology. HOBOS uses bees to stimulate students' interest and promote their inquiry skills, including enhancement of the ability to "think critically, integrate and synthesize knowledge, draw conclusions from complex material, understand the natural and physical worlds, grasp the processes by which scientific concepts are developed and modified, develop the mathematical and quantitative skills necessary for calculation, and analytical thought and problem solving." These are exactly our goals on the other side of the pond. We hope this international collaboration will help us integrate our resources to promote these shared visions. 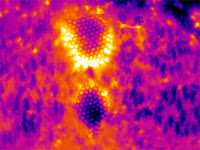 Prof. Tautz is a renown biologist whose work have been widely reported by New York Times, BBC, and so on. HOBOS has been supported by UNESCO and nominated for the 2011 Cleantech Media Award.

Thermal vision is a critical technique in bee research. HOBOS currently provides an online IR camera that allows anyone to observe bees in real time. We envision that this partnership will allow us to jointly explore broader applications of affordable IR imaging (and other applicable technologies) in biology education. We are looking forward to the return of bees, bugs, and other insects in the spring to start this journey!
Posted by Charles Xie at 12:13 PM No comments: 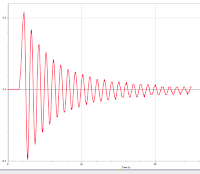 The National Science Foundation recently awarded us a new grant to explore the concept of mixed-reality lab (MRL), which we proposed to combine the power of simulations and sensors to provide a new level of integrated learning experience that connects invisible science concepts with natural phenomena.

One of the proposed ways to integrate sensors and simulations is a strategy called "simulation fitting." When scientists observe something in the natural world, they typically build mathematical models to explain their observations. It is through this process that scientists make sense of their findings, understand the mechanisms more deeply, and derive new ideas for further investigations.

This is also an essential cycle of scientific inquiry we would like students to learn. The MRL project will explore how this "simulation fitting" strategy can improve science learning.

My colleague Ed Hazzard has done a neat experiment that shows the difference of the two damping effects. His pendulum, under the normal circumstance, loses very little energy and can swing for a long time. To slow it down quickly, he attached a piece of paper to create a "sail," thus dramatically increasing the air drag. The result from a rotatory sensor shows the decaying of the rotational angle of the pendulum. In this case, the envelope of the curve looks like an exponential function (see the first image).

Removing the "sail" and inserting some cotton into the bearing to increase the dry friction, he was able to amplify the effect of the dry friction. This time, the result of the rotational angle shows an envelope of a straight line, instead of an exponential curve (see the second image--it had two runs).

To understand these effects, we have created simulations that fit exactly the behaviors (see the third image). These simple simulations are based on solving Newton's equation of motion, with the only difference in the damping force: In one case it is proportional to the velocity; in the other case it is constant.

Our next step is to explore how to translate what we have done into a learning activity.
Posted by Charles Xie at 10:36 AM No comments:

We have launched the world's first website dedicated to IR imaging experiments for science and engineering education: http://energy.concord.org/ir.

This website publishes the experiments I have designed to showcase IR visualizations of natural phenomena. Each experiment comes with an illustration of the setup and a short IR video recorded from the experiment. Dozens of IR videos will be produced and added to the website as we move along. Teachers and students may use these YouTube videos without purchasing IR cameras (the price for the basic versions of which have come under $900 in the United States).

Among other things, we are developing a unique approach that uses affordable handheld IR cameras to visualize unseen energy transfer processes occurring in easy-to-do science experiments. Using this approach, thermal energy can be readily visualized through an IR camera. Other types of energy that convert into thermal energy can be inferred from thermal energy visualizations. This allows many invisible physical, chemical, and biological processes that absorb or release heat to be discovered and investigated.

By lowering the technical barrier to authentic scientific inquiry and presenting compelling visualizations of energy flows and transformations in everyday life, the tool will enable more students in diverse schools to develop a deeper understanding of energy concepts and their broad applications.
Posted by Charles Xie at 4:57 PM No comments: