A new class of objects was added in Energy2D to model what is called a heliostat, a device that can automatically turn a mirror to reflect sunlight to a target no matter where the sun is in the sky. Heliostats are often used in solar thermal power plants or solar furnaces that use mirrors. With an array of computer-controlled heliostats and mirrors, the energy from the sun can be concentrated on the target to heat it up to a very high temperature, enough to vaporize water to create steam that drives a turbine to generate electricity.

The Ivanpah Solar Power Facility in California's Mojave Desert, which went online on February 13, 2014, is currently the world's largest solar thermal power plant. With a gross capacity of 392 megawatts, it is enough to power 140,000 homes. It deploys 173,500 heliostats, each controlling two mirrors.

A heliostat in Energy2D contains a planar mirror mounted on a pillar. You can drop one in at any location. Once you specify its target, it will automatically reflect any sunlight beam hitting on it to the target.

Strictly speaking, heliostats are different from solar trackers that automatically face the sun like sunflowers. But in Energy2D, if no target is specified, as is the default case, a heliostat becomes a solar tracker. Unlike heliostats, solar trackers are often used with photovoltaic (PV) panels that absorb, instead of reflecting, sunlight that shine on them. A future version of Energy2D will include the capacity of modeling PV power plants as well.
Posted by Charles Xie at 8:08 PM No comments: 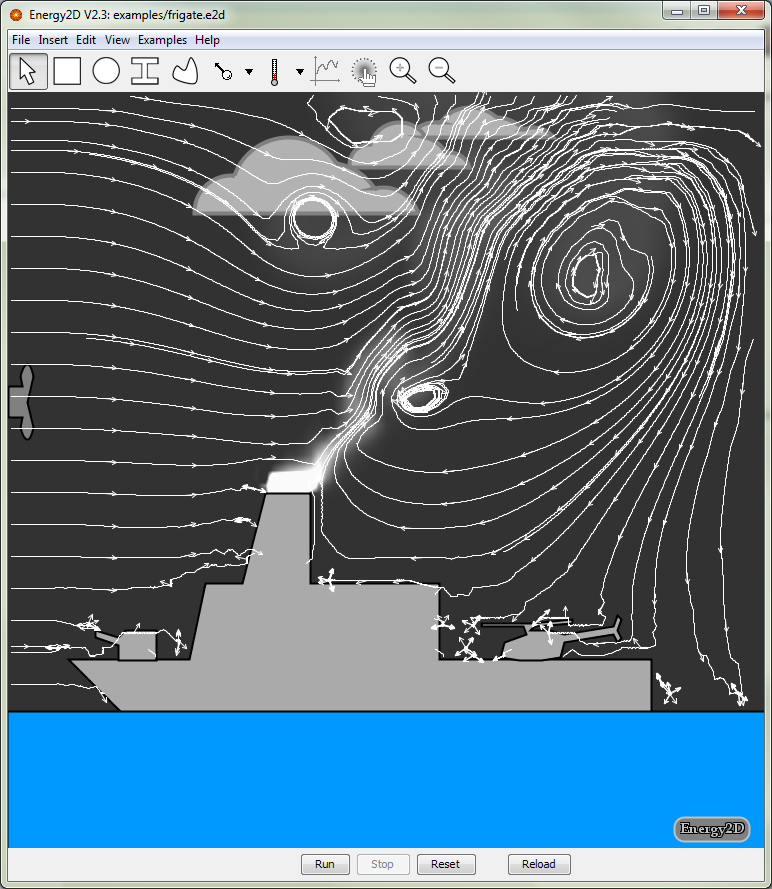 In Version 2.3 of Energy2D, I have added full support of undo/redo for most actions. 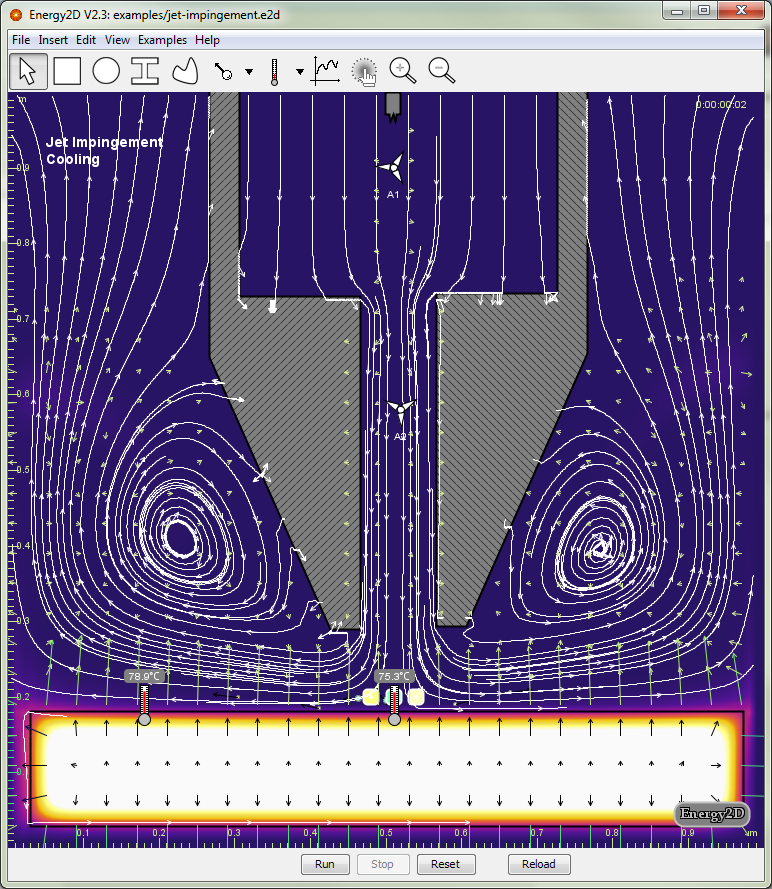 With this feature, you can undo all the way back to your starting point and redo all the way forward to your latest state. This is not only a must-have feature for a design tool with a reasonable degree of complexity, but also a simple -- yet powerful -- mechanism for reliably collecting very fine-grained data for understanding how a user interacts with the software.

Why are we interested in collecting these action data?

From the perspective of software engineering, these action data provide first-hand information for quality assurance (QA). QA engineers can analyze these data to measure the usability of the software, to identify behavior patterns of users, and to track results from version to version to gauge if an adjustment has led to better user experience.

From the perspective of education and training, these action data encode users' cognitive processes. Any interaction with the software, especially with a piece of highly visual and responsive software like Energy2D, is automatically a process of cognition. A fundamental thesis in learning science is to understand how we can design interactive materials that maximize learning for all students. These precious fine-grained action data may hold an important key to that understanding.

This idea of using the stack of actions stored in the undo manager of a piece of software to record and replay the entire process of interaction is a unique feature that has been implemented in our Energy2D and Energy3D software and proven a non-obtrusive, high-fidelity, and low-bandwidth technique for data collection.
Posted by Charles Xie at 4:07 PM No comments:

The current version of the building energy simulation engine is based on a simple stock-and-flow model of building energy. Viewed from the perspective of system dynamics—a subject that studies the behavior of complex systems, the total thermal energy of a building is a stock and the energy gains or losses through its various components are flows. These gains or losses usually happen via the energy exchange between the building and the environment through the components. For instance, the solar radiation that shines into a building through its windows are inputs; the heat transfer through its walls may be inputs or outputs depending on the temperature difference between the inside and the outside.

Figure1 illustrates how energy flows into and out of a building in the winter and summer, respectively. In order to maintain the temperature inside a building, the thermal energy it contains must remain constant—any shortage of thermal energy must be compensated and any excessive thermal energy must be removed. These are done through heating and air conditioning systems, which, together with ventilation systems, are commonly known as HVAC systems. Based on the stock-and-flow model, we can predict the energy cost of heating and air conditioning by summing up the energy flows in various processes of heat transfer, solar radiation, and energy generation over all the components of the building such as walls, windows, or roofs and over a certain period of time such as a day, a month, or a year.

Figure 2 shows the solar radiation heat map of a house and the distribution of the heat flux density over its building envelope. Figure 3 shows the results of the annual energy analysis for the house shown in Figure 2.

More information can be found in Chapter 3 of Energy3D's User Guide.

Posted by Charles Xie at 7:58 PM No comments: